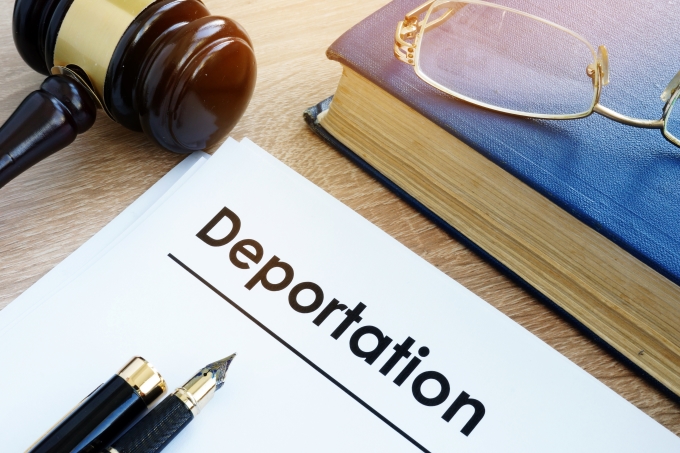 The subject of deportation is regulated by certain sections of the Immigration Act 1971 and administrative removal is regulated by section 10 of the Immigration and Asylum Act 1999. Detailed provisions on both procedures are set out in paragraphs 362 – 395F of the Immigration Rules. Paragraph 362 states that a deportation order authorises the detention pending removal of the person named in it. It also prohibits the person from re-entering the country for so long as it is in force and invalidates any leave to enter or remain in the United Kingdom given before the order was made or while it remains in force. Deportation is normally used for the more serious cases, where the Secretary of State deems the person’s deportation to be conducive to the public good or where a court recommends deportation in the case of a person over the age of 17 who has been convicted with an offence punishable with imprisonment.

Paragraph 364 of the Immigration Rules sets out the considerations to be applied in considering whether deportation is the appropriate course of action. This paragraph was completely revised in the new version promulgated in July 2006. The old version said that in such consideration “the public interest will be balanced against any compassionate circumstances of the case” and went on to list all the factors to be taken into account in reaching a decision. (Those factors continue to apply in relations to decision on administrative removal and are listed below in paragraph 3.) The new paragraph 364 is in much tougher language and begins by saying that “while each case will be considered on its merits, where a person is liable to deportation the presumption shall be that the public interest requires deportation.” The paragraph goes on to make it clear that it will only be in exceptional circumstances that the public interest in favour of deportation will be outweighed by other relevant factors.

All relevant factors are to be considered before a decision to remove is given – age, length of residence, strength of connections with the UK, personal history, domestic circumstances, previous criminal record, compassionate circumstances and any representations received on the person’s behalf. After notice of a decision has been issued the person may be detained or made the subject of a restriction order, requiring reporting to the police pending removal. An order for removal, unlike a deportation order, does not prohibit re-entry.

Deportation and administrative removal are prohibited if either would be contrary to the United Kingdom’s obligations under the Refugee Convention or ECHR.

Decisions to make deportation orders, orders for administrative removal or refusals to revoke deportation orders are all within the definition of appealable “immigration decisions” as defined by section 82(2) of the Nationality, Immigration and Asylum Act 2002. The paragraphs in the Immigration Rules which are summarised above set out the requirements to be followed by immigration officers in reaching decisions on deportation and administrative removal and will also be the basis of an immigration judge’s decision on appeal. Orders of either category may be made against failed asylum seekers, choice being dependent on the circumstances of the particular case. Those faced with the prospect of such orders who have not previously claimed asylum will often do so in order to stave off the evil day. It sometimes happens that failed asylum seekers at this point submit fresh claims. By paragraph 353 of the Immigration Rules, such claims will be accepted only if they are significantly different from material that has previously been considered and create a realistic prospect of success.

The importance of judicial review is no different in relation to deportation or administrative removal from its importance in relation to asylum and immigration law generally. Judicial review will not normally be granted where an applicant has a statutory channel of appeal open to him. The applicant has to seek leave of the court by showing that he has an arguable case with some prospect of success and would need to be able to show that there has been some irregularity in the exercise of the Tribunal’s jurisdiction which is not capable of being corrected by the Tribunal itself in accordance with the procedure mentioned in the preceding paragraph. However, it is not unknown for applicants to seek judicial review when they are on the point of being taken to the airport, and this tactic sometimes succeeds in getting a brief stay of execution or even in some cases a belated decision by the Home Office to allow the applicant to stay on grounds of humanitarian protection.

We are specialised in the UK Immigration, Asylum, Nationality, Human Rights, Immigration Appeals and Judicial Review

We are specialised in the UK Immigration, Asylum, Nationality, Human Rights, Immigration Appeals and Judicial Review